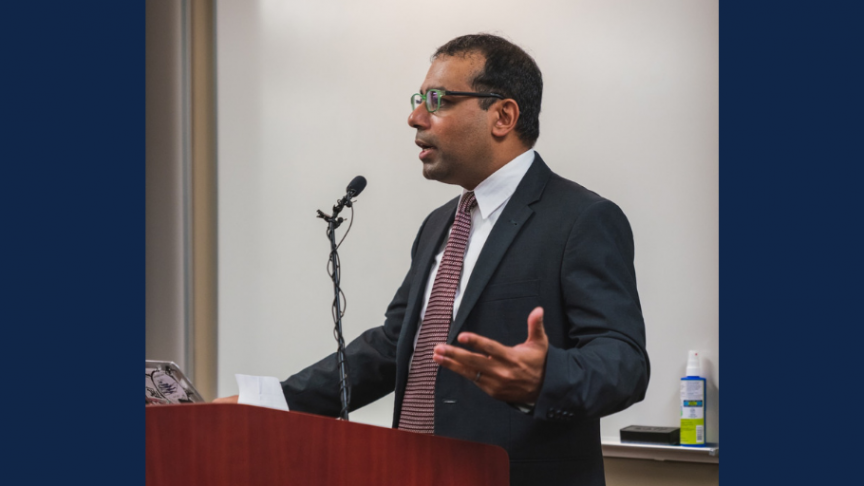 Piedmont International University’s collaboration with the Sheriff’s Office, Forsyth County, and Sheriff Bobby F. Kimbrough Jr., was featured in an article in the News & Record on Monday, August 26, 2019. The article notes the value of public entities partnering with universities in curriculum development and program delivery. It quotes Dr Sandeep Gopalan, Vice Chancellor of PIU, and other experts:

Forsyth County Sheriff Bobby Kimbrough has taken that a step further by partnering with Piedmont International University in its new bachelor’s degree in Winston-Salem. The program at the private Christian university recently began classes with 18 students, Vice Chancellor Sandeep Gopalan said.Kimbrough, who had some input in the curriculum and whose deputies will help teach the students, called it “foolish” not to want a more educated person “out there protecting you.”He said law enforcement has changed as technology and society have evolved.“A lot of the curriculums you see are outdated,” Kimbrough said. “They’re not created by the practitioner, but by the educator.”Some of the classes will be held at the sheriff’s office, something Gopalan sees as a plus for encouraging a different view of policing.“That’s important, because the way people perceive universities and colleges is very different to the way they perceive police,” Gopalan said. “So if they see that these people are not just here to shoot weapons, or use force, but actually to educate,” it can build more trust within the community.

You can read the whole article here: https://www.greensboro.com/news/local_news/some-are-retooling-higher-education-to-meet-modern-law-enforcement/article_46fdb0a1-1bb5-52f9-adce-7bdc429c10a4.html